How to Alter a Generation

How to Alter a Generation 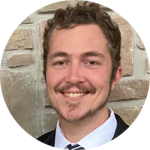 The attack on masculinity is at an all-time high, but I am extremely blessed to have a front-row seat to the fight against it. For nearly seven years now, I’ve had the opportunity to see and have a hand in what God is doing in the lives of the young men that come through Youth-Reach Houston, but over the years I’ve seen the decline of what once made men strong.

The boys that I see today are often entitled, lazy, and fragile, and it’s because they’re being allowed (and even encouraged) to be this way. The next generation of men is being shaped, and the strength, hard work and leadership that crafted the previous generation is being threatened.

The critical lack of strong fathers is at the heart of this crisis. We live in a generation of quitters.

From jobs to being a parent, the easiest option is always to quit when things get hard, and the vast majority of boys I work with come from a home where their father quit. Statistically, one day they’ll do the same unless something changes and the cycle breaks.

Boys start something; men finish something, no matter what the cost.

The strongest materials are made from the most pressure, but we live in a pampered world that will shelter young men from the trials that would otherwise guide them to manhood unless we guide them to the ultimate Father, who never quits. Find a young man who needs direction, show him the One who ultimately displayed what a Father is, and you might just alter a generation.

God’s still got this.